Before getting to today's ridiculous song-poem release, I'm happy to reveal that I have now completed the upgrade of yet another year of old posts, in that for today, I have "fixed" the posts for January of 2010. This means we have just twelve months of posts to fix in order to have all of the posts (that is, all those since I made this a primarily song-poem blog) corrected!
Specifically, for January of 2010, these include a terrible Real Pros record, a typical early Rodd Keith Preview label release, a dance record titled "Chicken Neck Boogie", and a wonderfully idiosyncratic Tin Pan Alley record, featuring one song about Shoes and another about Tin Cans.
And NOW, it's time for more plagiarism!!! 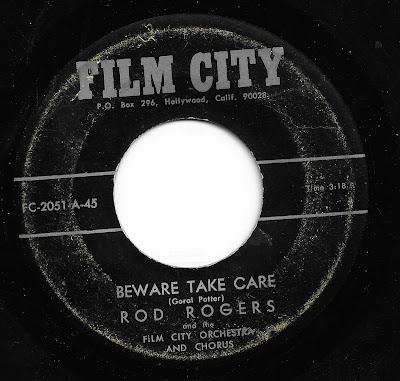 One of the things that consistently amazes and fascinates me, while collecting and listening to song-poems, falls under the broad category of "people who submitted, as their own work, something someone else already wrote".

In the past, I have shared records "written by" someone who submitted the lyrics to the hit song "Watching Scotty Grow", changing a few things here and there, including than the name of the child, and two someones who, in one case, submitted amended lyrics to the 1949 song "Nobody's Child" (a post not yet "fixed") and in the other, submitted the lyrics to "Ruby (Don't Take Your Love to Town)" with barely a word changed. I even have a Halmark release - which I haven't shared - in which some jamoke submitted the words to The Lord's Prayer, verbatim, and claimed a writer's credit.

Today's example seems of a piece with those, even if its construction is a little different. The song involved may have faded from public memory in the last 50 years, but I'm guessing that in 1965 or so - the era when this record was made - the vast majority of Americans knew the 1897 song "Asleep in the Deep", and at the very least could hum along to parts of it.

But then the "lyricist" made the theft obvious, by - I'm assuming - asking Film City to set the lyrics to the tune of "Asleep in the Deep", leaving out only the two (title) lines at the end of the chorus. The result - made all the more disconcerting by Rodd Keiths ultra-lugubrious performance - is utterly weird, off kilter and, to my ears, irresistible.

You can read the original lyrics here, and follow along with the new ones as you listen.

I am utterly unable to comprehend the motivation here - if the song-poet proudly put on this record and said to friends and family "I wrote that", the response would almost certainly have been embarrassed silence, or maybe a blunt, "um, no... you didn't" from someone with less tact.

The flip side, "Chehalis Valley", is a pleasant midtempo shuffle, written in tribute to an area in Washington State, including glowing words about the physical beauty of the area, the niceness of the people therein, and the wonderful activities one can partake in. Rodd created a very nice music bed for this one. 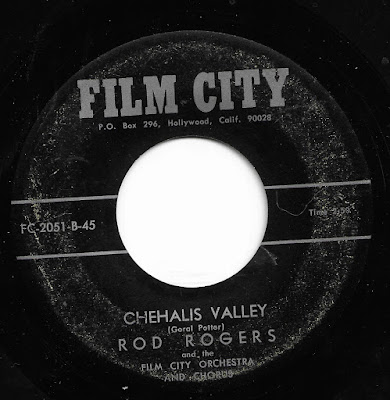 thanks for writing this interesting and informative article about handbags