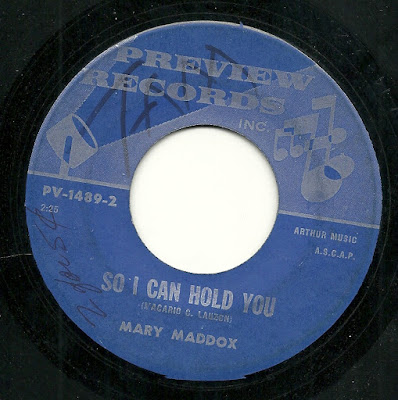 Here's a neat record from our friends at the Preview label, featuring a singer who is not documented to have been credited on any other song-poem record, on Preview or any other label. She is listed as Mary Maddox. I am absolutely not the expert in the voices of the female singers from the Preview/MSR/Cinema world, so perhaps this voice is quite recognizable to some of you, but I certainly don't recognize her.

The song is called "So I Can Hold You", and the Preview band do a nice job, turning in a jangly, atmospheric mid-'60's pop hit sound. Ms. Maddox has the most vibrato this side of Ronnie Spector, and there is a nice pleading quality to her voice. All in all, it's a winner in my book.

Download: Mary Maddox - So I Can Hold You
Play:

On the flip side is, unless I'm very much mistaken, the singer most commonly billed as Dick Kent (although, like Gene Marshall, he showed up under many other names). There are little more than a dozen records on Preview by "Freddie Flagg", and as this is the only one of them I own, I don't know if that name always meant Dick Kent was the singer. Before I got this record, I didn't realize he'd recorded for Preview at all.

The song is "The Church Bells Ring", and no one involved appears to have been very inspired by the prosaic lyrics, to turn in anything but an equally workmanlike performance. 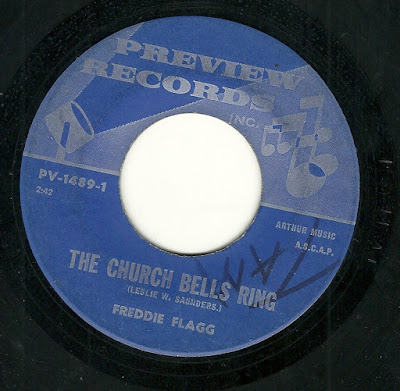 Now They Think That He Is Stupid 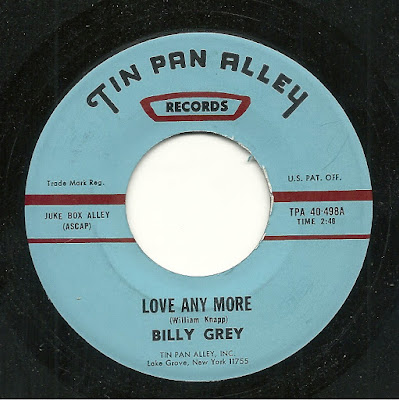 I am amazed to find out that, in the long history of this project, only once have I featured the aggressive incompetence known as Billy Grey. I've always loved the statement made about Billy Grey on the American Song-Poem Music Archives Website, which was: One can only conclude, upon listening to his unique treatments, that he was hired strictly to make fun of the customers' lyrics.

In the case of the first song shared today, Billy Grey is paired with a lyricist of similarly limited talent, who submitted a poem containing the key line "They Don't Call It Love Any More", but which the author for some reason thought would work better under the confusing title "Love Any More".

This has all the hallmarks, to my ear, of someone who wanted to use a line (or a word), then tried to think up something which rhymed, and forced that other word into the rhyming line, regardless of its musicality or other appropriateness. Thus we get lines such as the one with which I titled this post, and, even more memorably:


Don't cha think it sounds pathetic
When they say it's genetic

This is, of course, an excellent way to write songs. I believe it was the first thing Cole Porter suggested, when he was asked.

Seriously, I have no idea what the above couplet means, nor do I understand the point the entire lyric is trying to make. Who stopped calling it love? And what do they call it now?

The band's performance is also worth the price of admission. The drummer's showy fills suggest that he thought he was in another, perhaps better, recording session.

All in all, a rewarding concoction.

The b-side of this effort is "Foggy Morning", a sad, mournful tale of how everything was peachy yesterday, but today, she has not only stopped loving him, but has left him entirely. There's not much here for me to comment on - this is like at least 80% of the song-poems I listen to - bad, perhaps even incompetently so, but not entertainingly so, at least not to me. 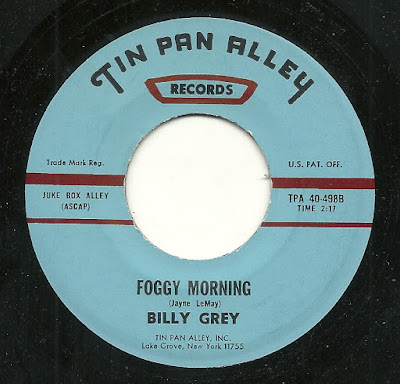 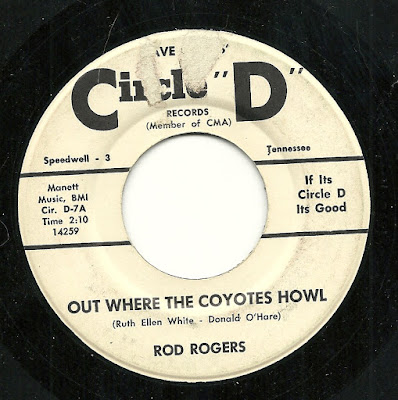 The "Circle 'D'" label, out of Speedwell, Tennessee, seems to have been a teeny-tiny project. And based on the one site I can find that has captured some information on the label, found here, it's connection to the song-poem world seems quite tenuous. The other known releases on the label are largely religious in nature, and the one other label scan found does not feature the same song-writers as are seen on this record (a hallmark of these teeny labels is that often, all songs on the label are written by the same person or people).
However, at some point in the mid 1960's, someone named Ruth Ellen White teamed up with two different co-writers (and perhaps composers) to put together songs, and then bought the talents of two very disparate song-poem outfits, Sandy Stanton's Film City factory and the gigantic Globe song-poem operation. Remarkably, they produced records which - despite completely different instrumentation and singers, have the same tempo, general (rolling) beat and key.
From Film City, we have chief label star, and one-man-band, Rodd Keith (as Rod Rogers, of course), with a lovely midtempo ditty titled "Out Where the Coyotes Howl". This is not one of Rodd's greatest vocals or Chamberlin efforts, but the thick production has some appeal to me, as do the howls that he helpfully added to the mix.
Download: Rod Rogers: Out Where the Coyotes Howl
Play:
On the flip side, we have Sammy Marshall, or Sonny Marcell, to be specific. True to its title, "Strumming the Old Guitar" is accompanied by guitar, although it does precious little strumming, and a lot more picking, behind a fairly dreary song.
But wait, maybe it's better than I think it is, because, as the label says, "If Its (sic) Circle D Its (sic) Good"
Download: Sonny Marcell: Strumming the Old Guitar
Play:
﻿ 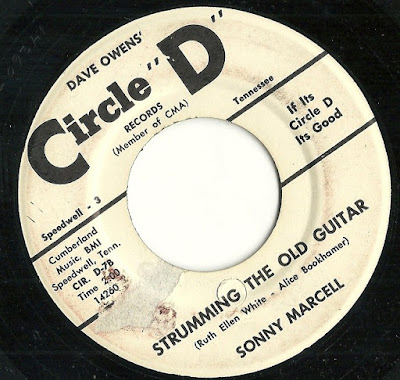