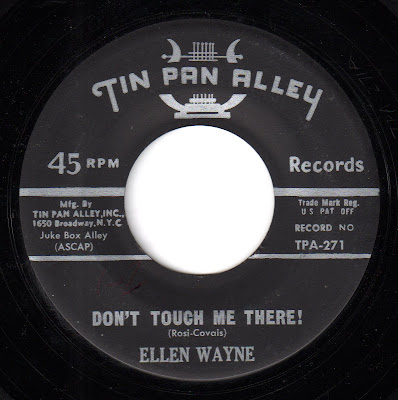 I think it pretty much speaks for itself, in all of 100 seconds. Please enjoy Ellen Wayne's lovely rendition of "Don't Touch Me There!":

The flip side, "The Night That I Met You", is pretty standard issue stuff for 1960, but were it to have come out a bit later, the writer credit might have been intriguing, since it could then have been thought to indicate that the writer was a certain Mrs. Richard Burton. 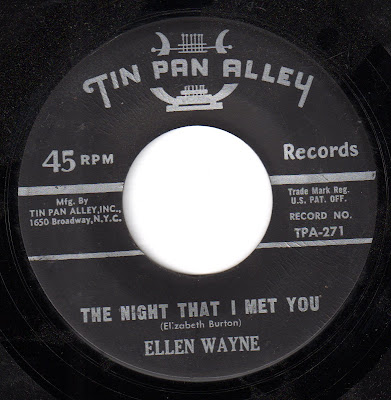 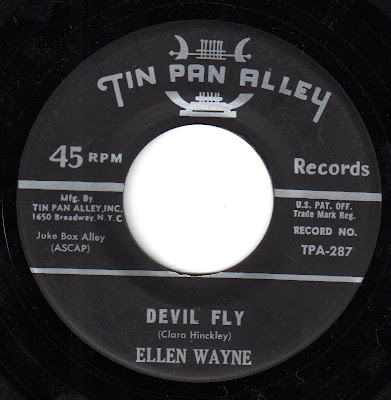 As with last week, I remain sort of consumed with more serious matters, but I always intend to make an effort to post here every week. So, without much comment, here is an excellent Tin Pan Alley effort from Ellen Wayne, "Devil Fly". It sounds to me as if someone at Tin Pan Alley went 15 years into the future and grabbed the arranger and pianist from the William Howard Arpaia albums, and had them do their magic on this number:

The flip side is another bopper, "Take Me In Your Arms Again", and features some of the wobbliest vibrato singing ever heard on a song-poem. 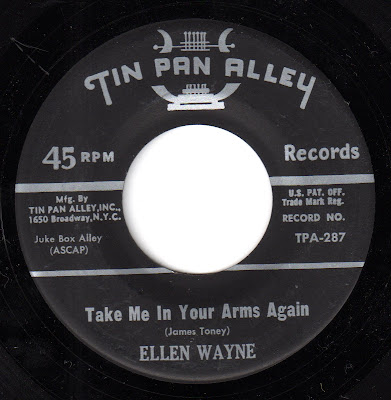 Rock and Roll with Rodd! 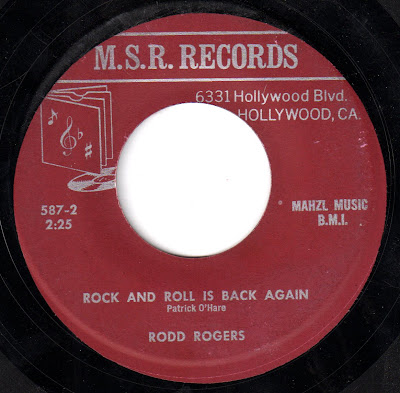 I have no time for anything this weekend, so rather than blather on, I'm just slappin' up a vintage (low number) MSR record for y'all, featuring Rodd Keith (under a rarely used extra-d spelling of his alternate name, "Rodd Rogers") telling us that "Rock and Roll is Back Again":

The B-side, "Will You Think of Me?" is notable mostly (solely?) because of the billing, which reads "Dick Kent". As you'll hear, this is absolutely not Dick Kent, although I'm not familiar enough with MSR's stable of singers to know who it is. 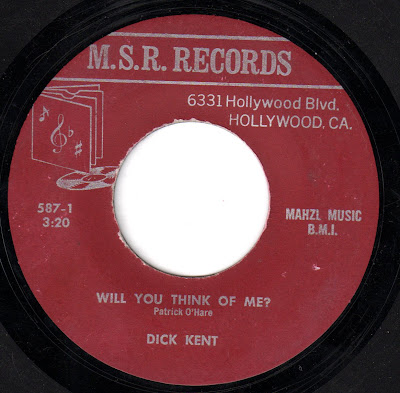 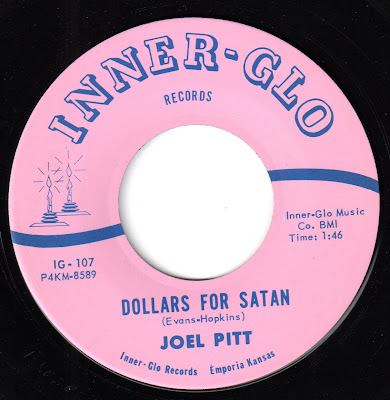 Today, in honor of Holy Week, I've got a record written by my all-time favorite Song-Poet, Edith Hopkins. On of these days, I'll have to do a large post - probably at WFMU - featuring the best of Edith Hopkins, because I've barely featured her here. Those with larger collections might recognize such titles as "Nothing Ventured, Nothing Gained" by Sammy Marshall, "Only When She's Blue" by Rod Rogers or "What's She Got (That I Ain't Got)" by Betty Jayne, but many song-poem fans may have little or no idea who she was/is.

Ms. Hopkins submitted lyrics to a variety of song-poem operations, and at some point set up her own label, "Inner-Glo", out of Imporia, Kansas. At Inner-Glo, she appears to have continued to commission song-poems from the usual subjects, but released the results herself, in addition to apparently commissioning some records (such as the excellent "Lock the Windows") via more legit channels.

And that's really all I know about her (and even some of that is supposition). As I said, one of these days, a major Edith Hopkins blog post is coming.

Today, however, two sides of an Inner-Glo 45, both featuring Christian lyrics. The first side featured is the winner here, a peppy slice of pre-Beatles era pimple-rock at its best. I don't know if Frankie Avalon ever did an inspirational album, but if he did, I imagine it sounding precisely like this. Please enjoy "Dollars For Satan":

From a musical and performance perspective, the flip side, "Most Precious Saviour", holds no interest for me at all, but in the interest of completeness, I'm offering it up here. 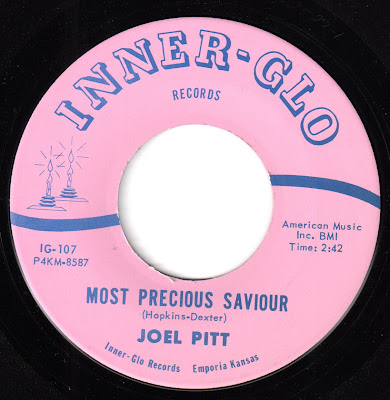