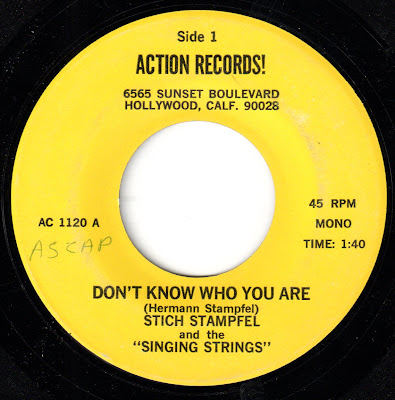 Many, perhaps most of those reading this blog have heard Stich Stampfel's classic vanity/song-poem hybrid record of "If I Could Only See Your Face", and perhaps the background notes written about it. It was part of one of the two online song-poem albums released a few years ago (for which I was happy to provide a couple of records).

If you're not familiar with this song, or those two albums, they can be found here and here. Stich's song can be found on the "Rat-a-Tat Tat, America" compilation.

What those notes don't mention is that "See Your Face" was actually the second submission that Herman "Stich" Stampfel made to Sandy Stanton's Action Label. Today, I'm offering up the other of those two singles.

As with the other record, it's pretty clear that Mr. Stampfel submitted a demo of his own performance of the song, and someone in Stanton's outfit overdubbed a Chamberlain track to fit the existing vocal. The result is that the record sounds essentially like a Rod Rogers-era Film City production, but with a far different vocalist.

And the nearly identical B-Side, "I've Loved and I've Lost": 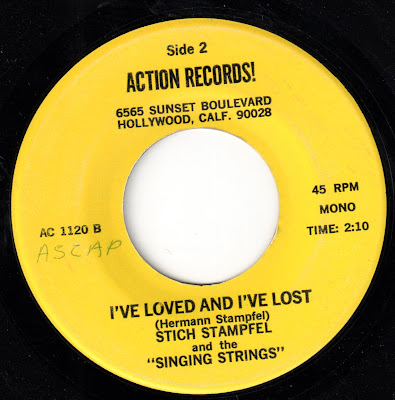 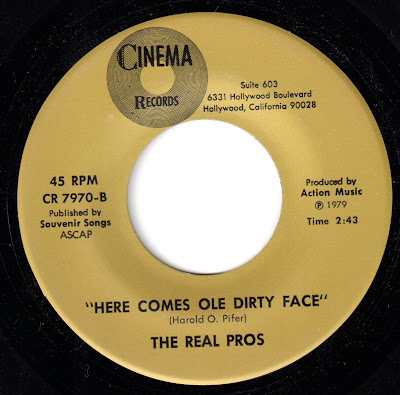 Who among the song-poem faithful could resist taking the chance to hear a song-poem called "Here Comes Ole Dirty Face"? Not me! And so I won the record at an eBay auction, and gave it a spin not long after.

Although such dedication often ends in a letdown - more song-poems are dull at best, even those with promising titles - I think this one was worth it. This is hardly a new subject for a song, but the use of "Ole Dirty Face" as the name of the lead character is a more creative move by the lyricist than you'd find in most song-poems.

As with all Cinema records, this one is credited to "The Real Pros", and in this case, I'm certain it's Dick Kent on the vocal. I don't exactly believe Mr. Kent singing this, but he's very rarely my choice to sing anything, but maybe you, the listener, will enjoy his performance more.

The flip side, "A Smouldering Fire", is more of the standard issue song-poem for the era. This fits Dick Kent's style much better than the A-side, in my opinion, but it ends with one of those maddening spoken word things that are so common to song-poems.

It's also interesting to note that this record is in such complete stereo, with a great deal of separation between what's going on, on each side of the mix. That's not exactly standard practice for most song-poem records. 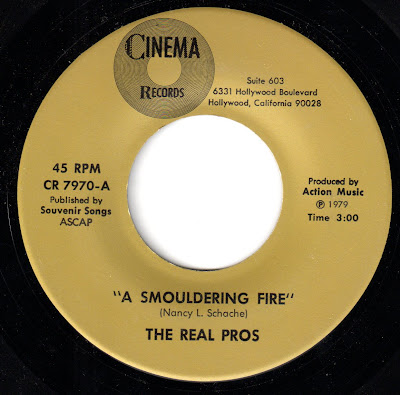 Email ThisBlogThis!Share to TwitterShare to FacebookShare to Pinterest
Labels: Dick Kent, Song Poem of the Week, The Real Pros 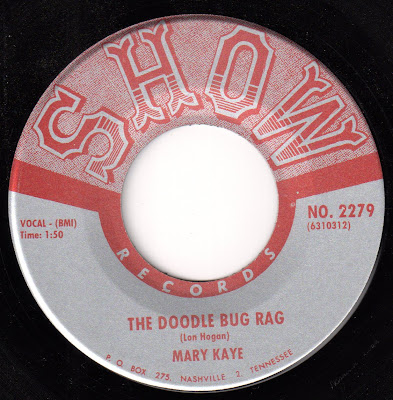 One great song-poem factory was run by Lee Hudson. He never released records under his own name (aside from things such as “Lee Hudson Orchestra” under the singer’s name), but did supply records to around 30 labels that had been identified by the American Song-Poem Music Archives (before it was mothballed). Many of these labels were vanity names, releasing songs only by one or two writers. Sometimes the only apparent connection with Globe is the presence of one or more of Globe's standard vocalists.

Here's one from the Show label - the only record I've ever seen on this label, although the AS/PMA website shows a different one for the same label. Label stalwart Mary Kaye sings a peppy number, "The Doodle Bug Rag":

The best reason to share this record, though, is because when I bought it, it still had, attached to the 45 sleeve, the marketing materials that Globe sent out to... whoever it was that received this record. The record description actually contained brief statements regarding this record on one side, and comments on another single on the other side (you can make out the print on the reverse side, in this scan): 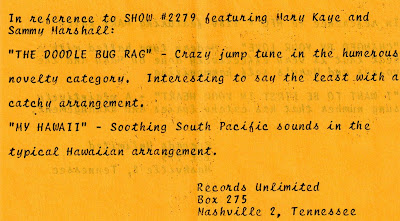 Then there's the comment card, both sides of which I've scanned. Note that the reply card comes from Globe, while the description of the record is credited to a different distributor: 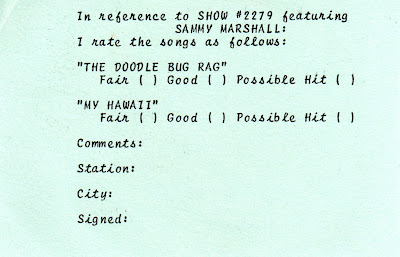 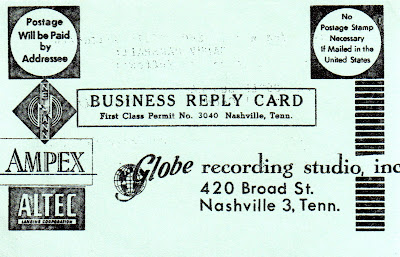 Finally, here's the "soothing South Pacific sound" of the flip side, "My Hawaii", featuring the man who truly was "the voice" of the Globe label, Sammy Marshall: 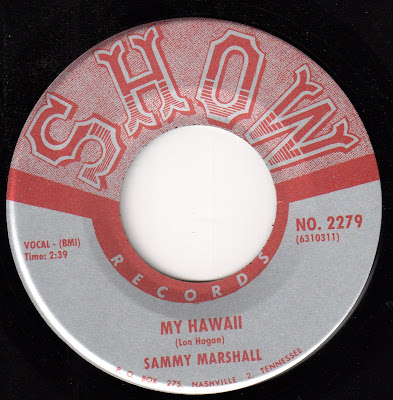 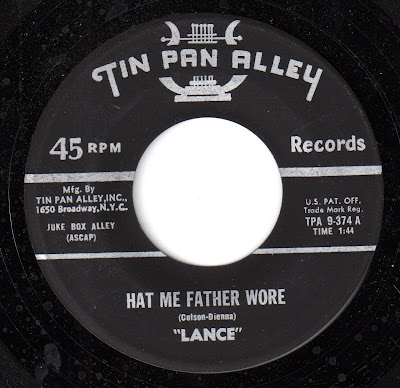 For a brief time around 1966, the Tin Pan Alley label released a handful of records under the name "Lance". Not Lance, but "Lance", always in quotes. The ASPMA website lists less than a dozen songs by this artist, although it seems possible to me that the same singer turned up as "Billy Grey" (no quotes on his records' labels), a short time later. Here's a keen ethnic number, called "Hat Me Father Wore", offered up a few weeks in advance of March 17th, in order to give you time to download it, transfer it to a CD, and have it ready to blare out of your float at the St. Patrick's Day Parade:

If that wasn't to your taste, or even if it was, here's a straight ahead rocker, complete with poorly constructed melodic lines and incompetent vocal phrasing, "Who's Going to Kiss You?": 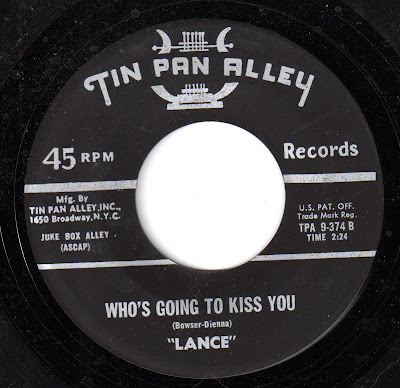