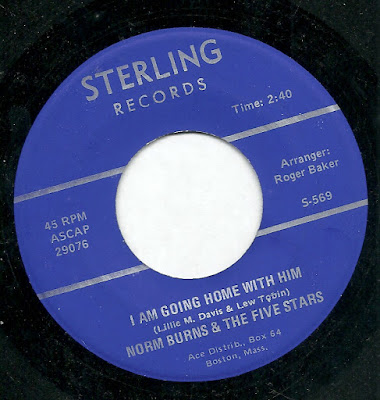 Time seems to be fleeting again, and I really want to get another set of song-poems out there before the month ends in three hours or so. I had one post ready to go, then found out that the song in question was readily available on youtube. So I've grabbed a record by one of my favorite singers, Norm Burns, and am offering it up instead. It's Sterling Records' attempt at a Gospel feel, not terribly successful, I'd say, but I almost always find Norm worth hearing. Here's "I Am Going Home With Him".

Download: Norm Burns and the Five Stars - I Am Going Home With Him
Play:

I won't be surprised if the flip side is the preferred one for many listeners. "My Broken Heart Will Heal Someday", is a fairly bland, midtempo thing, but there's some stellar drumming going on, and the little fill in melodies (and the song melody itself) are not too shabby, at least in places. In other places, particularly at the section starting at 1:48, the construction is laughably bad. But honestly, mostly I just really dig the drumming. 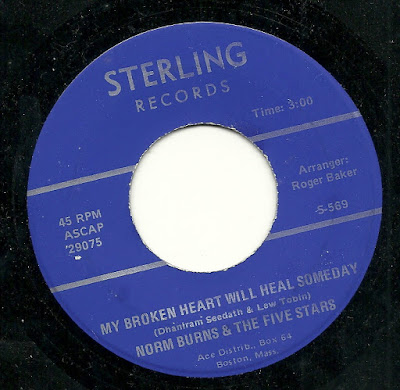 Rollin' Down & Setting the Pace

Greeting and salutations, and for those who celebrated it, I hope you had a wonderful Thanksgiving yesterday. I have a double play for you today, one song-poem offering and one which might be a song-poem, might be a vanity record and might be something else.

Before getting to any music, I want to thank a couple of folks who let me know that one of the files was corrupted in last week's post. It has been corrected, thanks to "reservatory" and anonymous.

I also had poster "KL" send a few links, including a youtube posting of a vanity pressing on Preview, a record which went for a whole lot of money last year ($1625!). You can see and hear it here. And for those on Facebook, you can see and hear a Rod Rogers/Frank Perry release here.

And speaking of Film City: 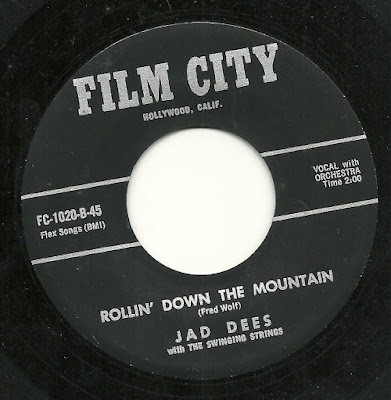 This is the only documented song-poem record to be released under the name "Jad Dees". Mr. Dees - or at least someone with the same odd name - had a career, at least for a time, as a country and western singer, belonged to a group called, of all things "The Beverly Hill Billies", which you can read about here. He also appeared in at least one movie, and had a few records out on legit labels in the 1930's. I imagine there's at least an interesting, if not fascinating story about how he ended up cutting two songs by song-poet Fred Wolf for the Film City outfit.

This very early Film City effort is notable for the herding-related shouting and whistling heard three times during the record. The lyrics themselves are one cowboy cliche after another, and the Chamberlin - despite the appropriate shuffle beat - could hardly fit the genre more poorly. But all in all, it's a fun little record.

Download: Jad Dees with the Swinging Strings - Rollin' Down the Mountain
Play:

The flip side "This Old World Just Keeps on Turning", plods along its way. It's barely 20 seconds longer than "Rollin' Down", yet it seems ages longer, due to the ponderous nature of the song, arrangement and vocal performance. 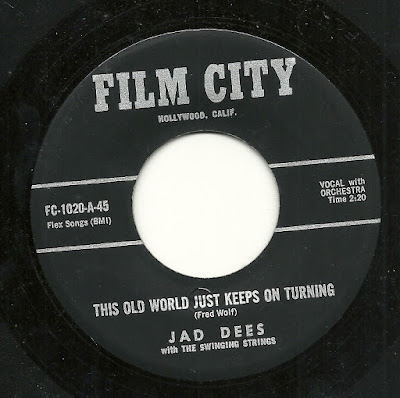 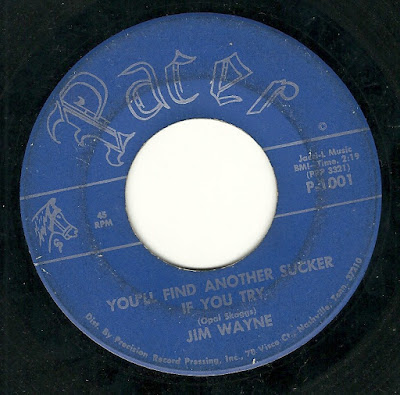 Now to the more confounding of the two records. We have here a record by Jim Wayne on the Pacer label, written by Opal Scaggs. Opal Scaggs seems to have been the owner of the label, as every record released on Pacer seems to list her as the songwriter.

On the side of considering this to be a song-poem is the fact that Opal Scaggs wrote lyrics for at least one song-poem on another label, along with Pacer appearing to have been a vanity label. On the other side are multiple sites indicating that Jim Wayne worked, under that name, for multiple labels, some not likely song-poem related all around the same time as this record's release (reportedly, 1968), and one person who stated, without evidence, that the sax player on this record is Boots Randolph.

It's certainly possible that this was a vanity release, perhaps one even target at actual hit status by Ms. Scaggs, and perhaps she wrote the words and music to the songs. I'm interested to hear what any of you think.

But I wouldn't be sharing it at all if it wasn't for the fact that one of the sides - with the ultra catchy title "You'll Find Another Sucker If You Try" - makes me smile, due to the peppy arrangement, in combination with (and this is the key factor) Jim Wayne's endearingly ridiculous vocal delivery.

Flipping the record over, we find another case where a record of the same length - in this case, barely a second of difference - seems to stretch out for way too long. Your mileage, of course, may vary. But on "I Pretended She Was You", aside from Jim Wayne's continued over-the-top, over-enunciating vocal stylings, very little hear stays with me.


Download: Jim Wayne - I Pretended She Was You
Play: 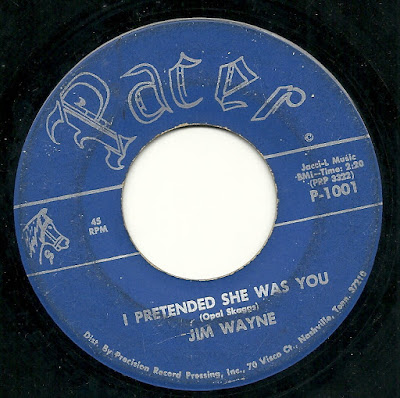 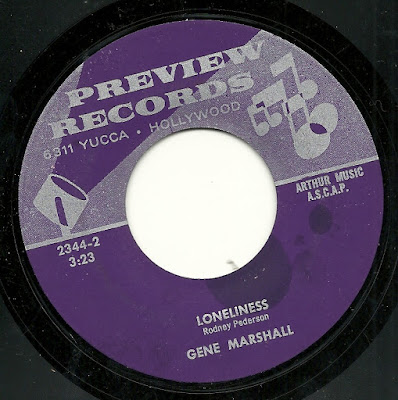 It comes as no surprise that the basic scam of the song-poem company would draw into it's net some people whose writing was a bit, say, prone towards pretentiousness. And there are more than enough examples to fill three months of posts here - "The Human Breakdown of Absurdity", "Life and Myself" and "Virgin Child of the Universe" come to mind.

I have no doubt my mouth dropped open in wonder upon hearing each of those three - particularly "Life and Myself", which cracks me up to this day. And like that song, today I have another Gene Marshall masterpiece, which also caused me to nearly burst into laughter, all by myself. It's called "Loneliness", and while the opening lines are more than a bit ponderous, the real sign of trouble is when, barely a third of the way through the record, Gene has to speak the writer's words, for nearly a minute.

That's no surprise, given the presence of several words which would terrifically difficult to set to music, such as "presently", "correlation" and "wherein". And is it just me, or, in this section does Gene Marshall sound like Rod Serling introducing a Twilight Zone episode?

The song on the flip side is called "When Young Eyes Meet". The same song-poet as on "Loneliness" provided this lyric, and he does considerably better with a more direct, at times genuinely affecting set of words. The music is too bland, and the quality of those words too uneven to make this anything special, but the lyrics do give more than a bit of insight into a part of the writer's life, things that may have inspired not only this song, but also "Loneliness". 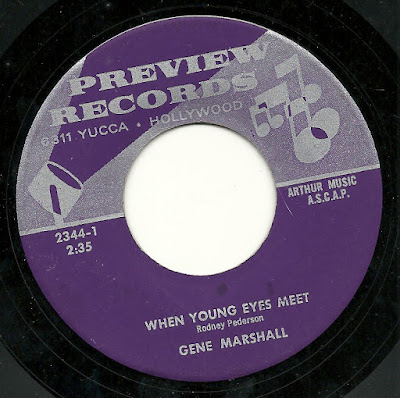