First, thanks to the good folks at Blogger, the problem with pop-up ads has, I'm told, been addressed. Please let me know if that's the case, or, especially, if that's NOT the case. ﻿ 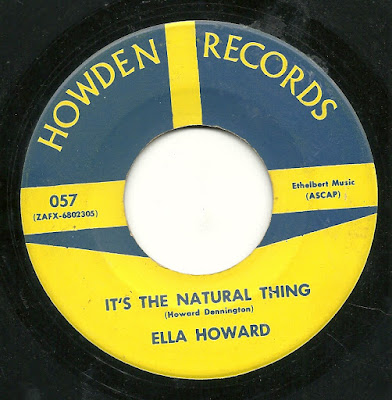 I was recently lucky enough to acquire four records on the previously unlisted, undocumented "Howden Records" label. They were advertised as song-poems, and I was skeptical at first, but then I noticed that almost half of the eight tracks were by Betty Bond, who was definitely part of the Bob Quimby's Tropical Records outfit, which dealt in song-poems, and which was specifically in the habit of setting up vanity labels for some of the song-poets who sent them material. Such would appear to be the case for "Howden", as all of the songs are written by one HOWard DENnington.
The sides which don't feature Betty Bond feature two singers not previously known to the song-poem world, and today's record - which contains what I find to be among the best of the eight tracks - ﻿features Ella Howard. She's not the greatest singer, and both songs sound fairly similar. But like some other Tropical records I've heard (admittedly, not a lot), they have a bit more quality and variety to the composition and arrangement than most song-poems (at least those not involving Rodd Keith).
Here's the first of the songs, "It's the Natural Thing"

And the flip side, "Without You". 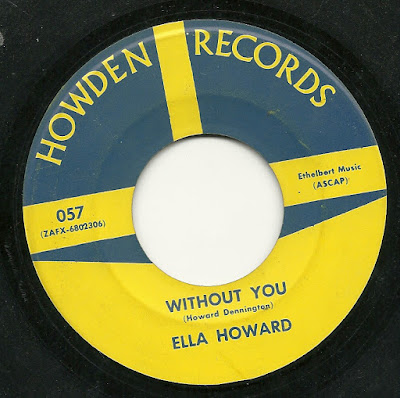 Roger and Ronnie, Margie and Hawaii

First and foremost, Happy Father's Day to all of you fathers out there, and to the fathers of everyone reading this! 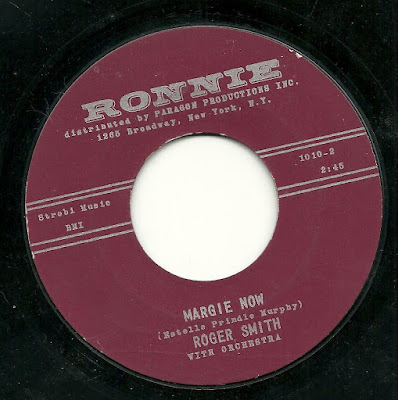 Here's my solemn promise to everyone out there - when I obtain a Roger Smith 45, I will always post it here very quickly. Or maybe that doesn't mean much to anyone but me, but I sure do love the barely-in-control vocals on many of his records (at least the upbeat ones).

Here we have a very early release on the Ronnie label (the first one documented at AS/PMA), dated to early 1961, via a mention in Billboard within a list of records believed to have "limited sales potential". That assessment was no doubt accurate, but I really enjoy one side of the record, "Margie Now", which features some lyrics about the nicknames of a certain young woman. The words seem to assume we will understand what the changes in names indicate about her, but I admit to being clueless about this. But Roger Smith sure sells it, and the pedal steel sounds nice, too.

There is a some truly awful damage to the record, at the 2:32 point, which is really peculiar, lasting essentially two rotations of the disc, and barely visible at all on the record itself. It plays right through, though.

I cannot work up much (or any) enthusiasm for the flip side, "Aloha, Miss Hawaii", but it would have been quite topical at the time, given that this record was produced less than 18 months after our 50th state joined the union, and the lyrics are serviceable enough. Like the flip side, this record sounds, to me, very much as if it came from the early days of the Globe song-poem factory. 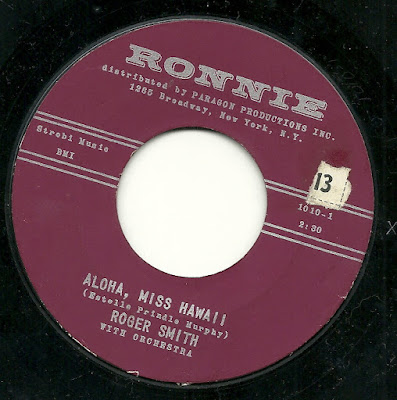 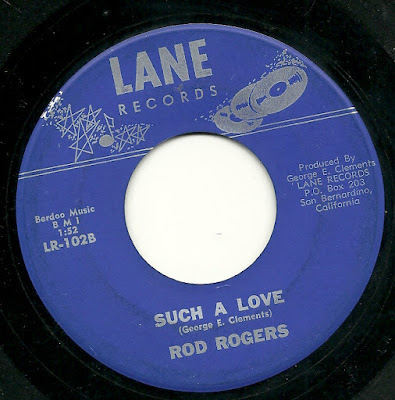 Lane Records - apparently the property o f George E. Clements - appears to have been among the tiniest of tiny labels. The AS/PMA website only confirms two releases, numbers 101 and 102, and it seems unlikely that there were many more releases, if any.

The other (known) release on the label appears to have featured the work of singers/song-poem factories associated with several labels, but # 102, which I was lucky enough to acquire a few weeks ago, features Rodd Keith, in his guise of Rod Rogers, and his Film City sound, thanks to the Chamberlin.

On "Such a Love", my choice for the better of the two sides, Rodd chose a frequent favorite of his, a shuffling pop beat, along with some atmospheric flute accompaniments, and the whole concoction bounces along quite nicely - there's a nice, thickly chorded solo, and I'm particularly fond of the flute coda.

The flip side, "Gone With Your Goodbye", is more in the ponderous MOR style that Rodd often favored for some of the more introspective or longing lyrics that he was given to work with. It's not a favorite style of mine, but it's nearly always impressive to hear what he was able to do with the Chamberlin, and beyond that, perhaps some of you out there find more to enjoy in it than I do. 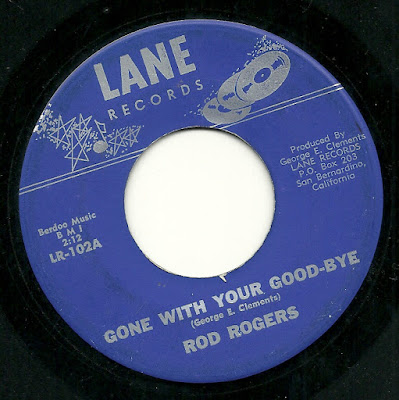