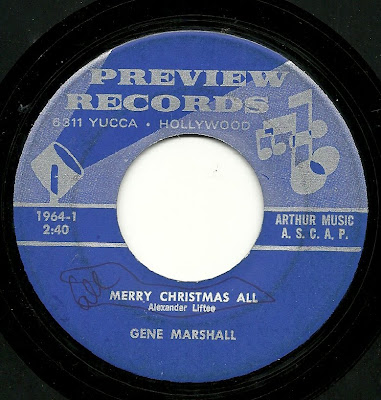 Time is fleeting, as I'm sure it is for many of you reading this, but I wanted to get the promised Gene Marshall Christmas record to you, and here it is. Sorry about the cruddy sound quality - the record is fairly beat up in places, and I'm not sure the vinyl quality was ever that good. The A-side, which even fits in some New Year wishes, is "Merry Christmas All":

And the flip is "Christmas Day":

A Happy Christmas, Merry Holidays and a Very New Year to everyone who reads The Wonderful and the Obscure. Thanks for stopping by, and for all of the encouragement, whether here, in e-mail, or just by your visits! 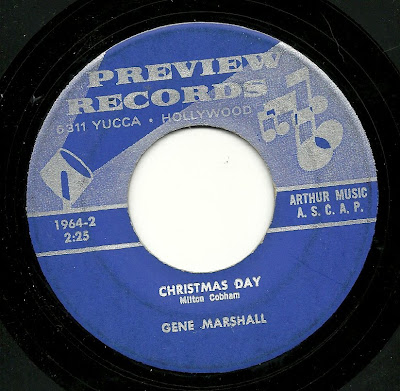 I don't often cross promote, and I don't know how many of you who read this site aren't always regular readers of the WFMU blog (probably few, but who knows), but I didn't want this Advent to end without providing a link to my favorite new Christmas music this year, which I posted at WFMU nearly a month ago. It's an album from the early '70's by The Sacred Heart Singers of Ewen, Michigan, and it can be found here. Have a listen - it's really something special.

I'll have one more Christmas song-poem here, on Christmas Eve.
Posted by Bob Purse at 9:36 AM 1 comment:

Email ThisBlogThis!Share to TwitterShare to FacebookShare to Pinterest
Labels: Christmas More Christmas music today, with a bonus, something that came with this record, when I found it! The performer is Jeff Lawrence, and unless this is another pseudonym for Rodd Keith - and I don't really hear that, myself - Mr. Lawrence is one of the rarer singers on song-poem records, with this name only turning up on three records in the genre that I know of. It certainly sounds like Rodd on the Chamberlin, though!

Here's the bonus: The seller who gave up this prize to me also had a clipping from a small Iowa town, all about the song-poet, Alice Winkler, and how her song is featured on an upcoming 45 release - this very record! You can read it yourself: 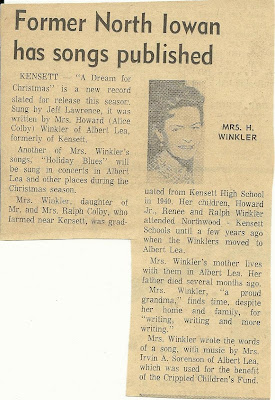 The flip side is the peppy "I'm a Happy Man", credited to the same singer, and with even more apparent Rodd Keith involvement on the ubiquitous Chamberlin: 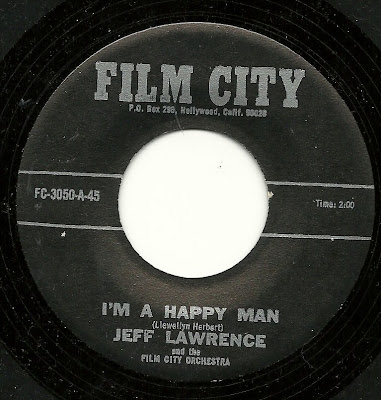 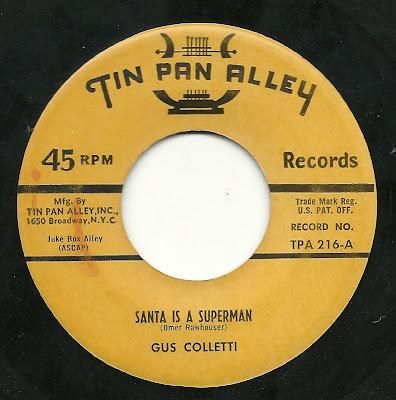 All praise today to song-poem Omer Rawhouser, for his sparkling lyrical effort, "Santa is a Superman", which you'll now hear, courtesy of Gus Colletti. And praise to the anonymous Tin Pan Alley musical miricle makers, for providing such a dandy setting for Omer's lyrics. Go, cats!:

I cannot, alas, provide the same praise and enthusiasm for the flip side of this record, "When Grandpa Planted the Christmas Tree": 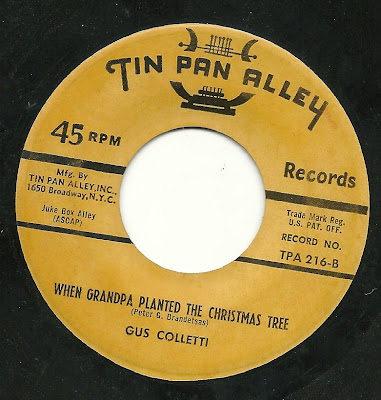 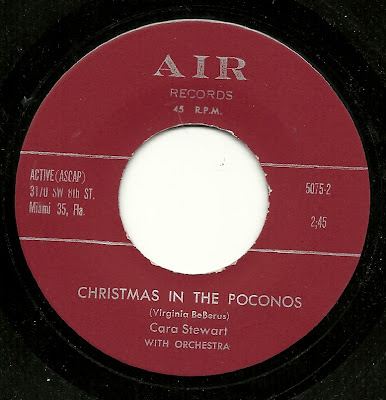 To quote a one of my closest friends, "It's Christmastime in the City, and I am Happy". And so, I'll spend the next three weeks sharing some lovely Christmastime Song-Poems.

First up, an offering from the silky voiced Cara Stewart, who, in her inimitable style, sings about "Christmas in the Poconos":

Interestingly, the American Song-Poem Archives page for the Air label indicates that this record was released with two typos, indicating that "Carl" Stewart was to be heard singing "Christmas in the Pocnos". Neither of these errors is on my copy, nor is the flip side's title spelled the way its listed at AS/PMA. It's surprising to me that a song-poem label would have bothered to send out a corrected label, but that seems to be what happened here.

That flip side, "Good-By, Mr. Hard Luck, Good-By", is actually my choice for the better of the two songs, with a typical upbeat Cara Stewart bouncy beat, playful piano, echoey bass and alluring vocal. Only my desire to focus on Christmas music led me to share this one as the flip side, and not the main release of the week. Enjoy!:

AS/PMA dates this record to 1962, by the way. This information probably came from Billboard or another trade paper, and it also seems likely to be from that era, based on the address, which features a "Zone" rather than a Zip Code. 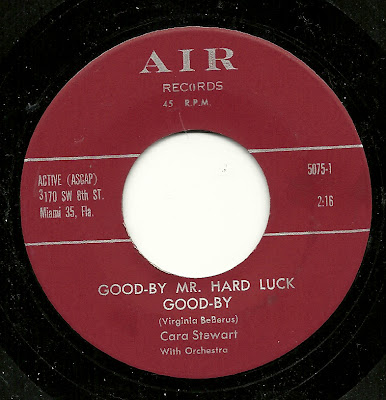