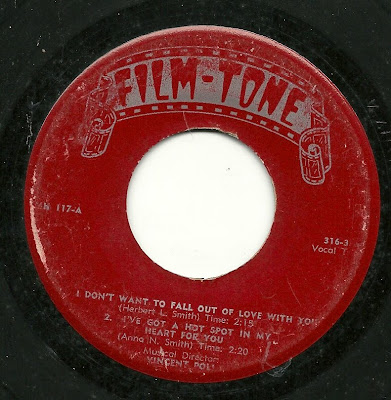 As I write this, the annual Oscar telecast is in full swing. Assuming you read this post later, did you enjoy the show? Did you like the way they paid tribute to the world of Film? Did you think the show set the right Tone?

Well, in the spirit of Film tributes and Tone setting, today I'm offering up a fairly wretched EP from our friends at the Film-Tone. Every Film-Tone EP I've found (and EP's seem to be the only thing they released), featuring a male/female trio singing with simple backing, often with the only credit being to arranger Vincent Poli, and this one is, of course, no exception.

Sorry about the horrid quality of this record. I don't know if it was loved to death (which seems unlikely) or neglected to death, but it's sure scratched up.

There's really not a lot of difference between the tracks here (in fact, three of the titles contain the same two word phrase, "My Heart"), although I'm a bit partial to track two, if only for its title. Rather than offer up a lot of pithy comments, I'll just rack 'em up, and count 'em down. Here's track one, "I Don't Want to Fall Out of Love With You".

Next, the wonderfully named "I've Got a Hot Spot in My Heart for You":

Side two kicks off with "The Blues Have Had My Heart":

And we finish up with "The Song That Reached My Heart": 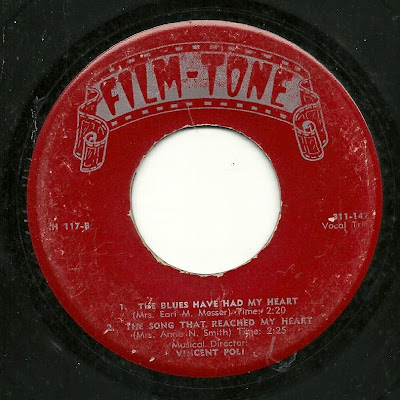 After I began writing today's post, I discovered that one of the two songs was actually not only part of the original AS/PMA site's downloadable songs, but that the same song was also recently featured on Darryl Bullock's magnificent "The World's Worst Records" blog. Usually I check for such things, but it slipped my mind, and now it's too late to start on another pair of songs for the week. That said, the flip side of the record has its own joys to discover, so I'll feature that one first: 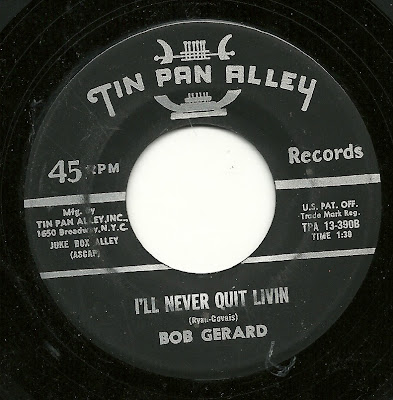 Today, we have some wishful thinking on the part of the song-poet in "I'll Never Stop Livin", a claim that seems unlikely at least. I have to wonder if the writer asked for a Calypso flavored track, and if so, if he was in the least satisfied by this emotionless reading of the lyrics, played by a combo that doesn't exactly sound like they know or care what they're doing. Certainly they don't have any of the verve needed to make a Calypso performance work.

But the biggest attraction here - and I must make note it to the greatest degree possible - is one of the dumbest lyrics ever:

"I went to a party last night, where I met a girl that I met"

Meanwhile, is it snowy where you are? It's supposed to be like that here in Chicagoland, but we're missing it, and the same is true for much of the U.S. This has been a lousy winter for those of us who actually love winter, and I include myself in that number.

To make up for it - and as indicated, this one is probably already being shared out there - a snowy number, "Snow Man" by Bob Gerard. But first, a few words on incompetence:

Incompetence, thy name is Tin Pan Alley. By the 1960's, this one time semi-legit semi-song-poem doo-wop label had made the full transition to the cheapest of cheap song-poem factories.

Listen no further than todays 1 minute, 35 second offering, in which not even three musicians (okay, maybe there are four of them) and a singer can figure out how to play the same song at the same time. Much of the credit, or blame, must go to the bass player, who seemingly only knows how to play a single three note pattern, and has no idea how to tune his bass, or what song is being played.

Seriously, this is the worst bass playing I've ever heard on a song poem, reaching the level on that great vanity record, "O Sing to Me". But Bob Gerard, on lead vocal, doesn't exactly sound like he cares about what he's singing, and the whole group sounds like they were late for something and ready to get this record made: 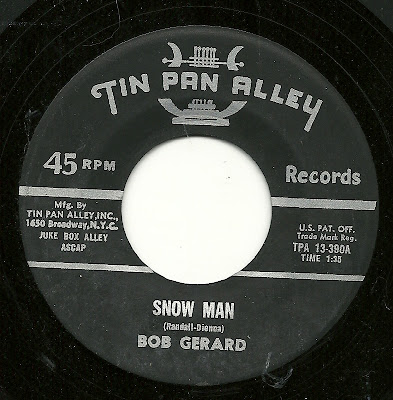 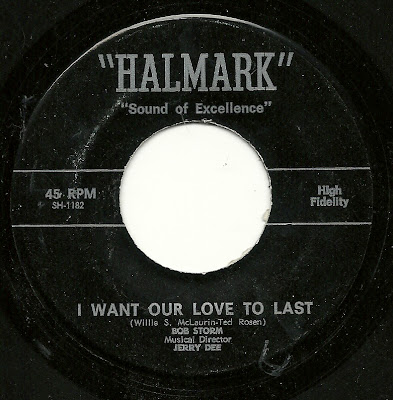 Hey you! Yes, You!!! It's getting late to get that special person that special Valentine's Day gift. If you're behind on this essential task, may I suggest that you simply present that special guy or gal with the dulcet tones of Bob Storm, singing this Halmark label special, "I Want Our Love to Last" in his best Bob Storm way!:

On the flip side, it's Bob Storm again, with a standard-issue come-to-Jesus style song poem, in this case, titled "Follow Him", which is notable mostly (if at all) for the peculiar clippity-clopping western style backing track that label Honcho Ted Rosen chose (and seems to have claimed to have co-written, which seems unlikely): 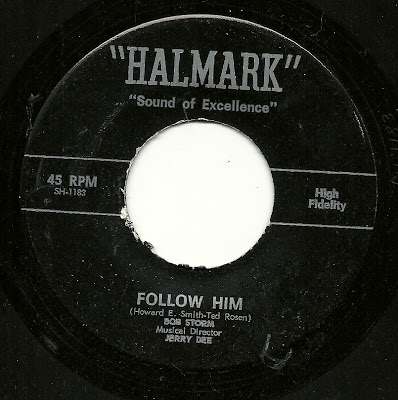 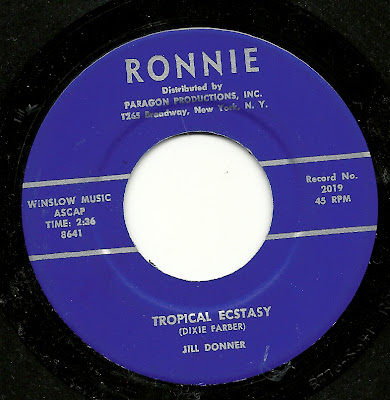 I don't often feature the Ronnie label - I find their product particularly bland, with a production sound that is typically anti-septic enough to add another layer of disinterest to my reaction to their records.

With that background, I was particularly unprepared to hear what I heard when I put the needle on Jill Donner's rendition of "Tropical Ecstasy". Because here we have the most blatant plagiarism I think I've ever heard on a song-poem 45. Sure, I've heard songs where the musicians copped the feel, or even some of the chords and melody of another song. And I've even heard song-poems where the self-proclaimed "writer" sent in the words to an existing song as their own composition.

But in this case, the opening of this record is a note-for-note copy of Martin Denny's "Quiet Village", the biggest hit that the exotica movement ever claimed, a top ten smash from 1959. If you're not familiar with that record, you can hear it here.

Now have a listen to today's offering:

The flip side of this record, "Bitter Tears" is exactly the kind of recording that keeps me from featuring more of Ronnie Records song-poems in the first place: 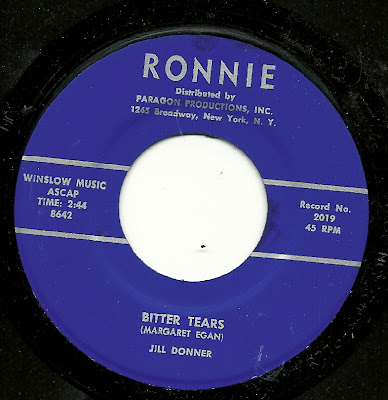