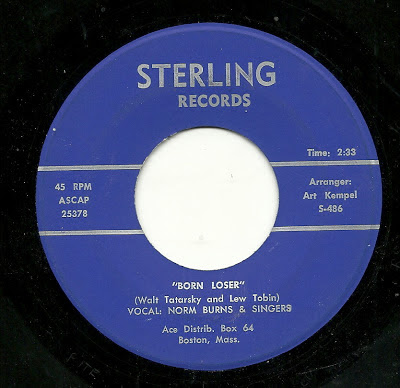 It's always a nice day around here when I get to spin a Norm Burns record. And today's selection even goes for a bit of comedy, and while it's hit-and-miss on that score at least, it's fun to hear Norm fooling around with a country bumpkin accent and singing goofy lyrics. This song seems to be at least a cousin, of sorts, with another Norm favorite, "I Ain't Got No Nothing", a song which actually ends with the lines "when the time arrives, I just know that I will be shot". This one doesn't go quite that far, but it's also perhaps a slightly better constructed lyrics, without some of the rhyming reaches of "No Nothing".

And plenty of moments here work as Jackie Vernon-esque self-depreciating comedy, from the singer's mother's comments when he was dropped on his head, to the meaning of the principal's statement that he was "the most responsible kid in school", to where he went to find a wife.  Other moments are clunky in terms of writing, fitting the words to the backing, or both.

I don't have much to say about the flip side "Dreamer of Dreams" (perhaps it was the lead track on Norms "Speaker of Speech" album, or maybe it was to be called "Hummer of Hums"). It's not very good, as a song or a performance, and it's not bad enough to be interesting. The only thing marginally curious about this song is the repeated reference to the belief that we'll reach the moon at some point in the future. The thing is, that that AS/PMA discography for Sterling does a decent job of indicating when which records came out, and based on this one's label number, it's fairly clear that this record was made in late 1970, nearly 18 months after the first moon landing. Ah, well, the mysteries of the song-poets, and of the song poem industry in general. 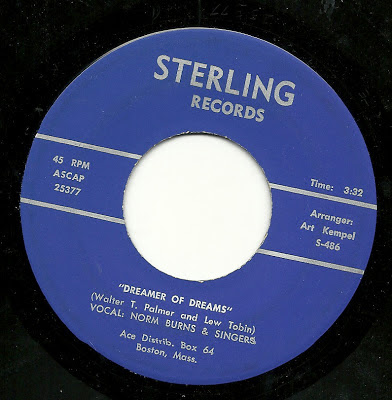 Hummin' and a Strummin' 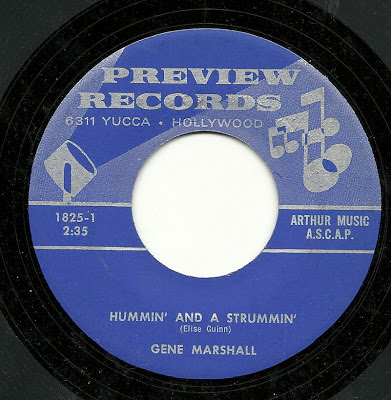 Time is fleeting this week for various reasons, and I'm way behind in sharing this week's tracks. So just a few words on the Gene Marshall numbers I've chosen for this week. Although "Hummin' and a Strummin'" is written in the first person, I sense a strong feeling of disdain for the singer, on the part of the lyric writer, who was perhaps lumping all of those hippies together in writing this song about one of the laziest people ever described. Her ability to construct and portray a realistic person while simultaneously showing his foibles does not exactly rival the talents in this area of Randy Newman - an unfair comparison, I suppose, but if you're going to shoot for this sort of thing, you need to hit the target without being as obvious about it as the lyrics are here, doncha think?

The flip side, "Shifting Sand", is an average level lyric containing a common sentiment and experiment. I've heard better, and in listening to song-poems, I've heard a lot worse, MANY times. This writer, at least, manages to hold my attention and put together some moderately affecting words. And it helps that Gene Marshall turns in another masterful vocal. 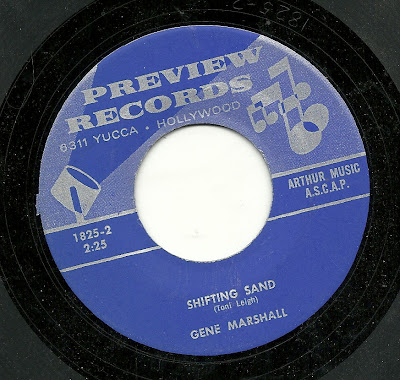 A Song-Poem For Your Mother 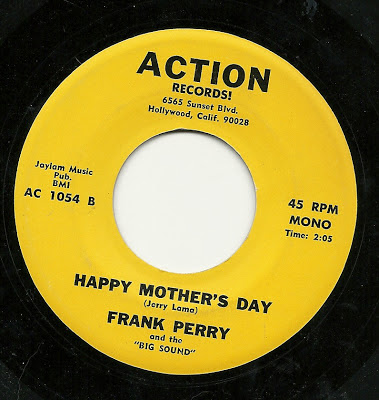 Ah, Mother's Day. A day for flowers, gifts, an outpouring of thanks, a nice dinner, perhaps at the fanciest place in town, a phone call if you can't be together and, of course, Frank Perry and the "Big Sound" of the Film City Chamberlin. For those who struggle to express a single original thought, and for whom even Hallmark's cards seem a bit too edgy, I offer here, free of charge, a song to give to your mother, containing the blandest of mother's day wishes imaginable:

That sound sure is big, huh? Of the flip side, the seemingly endless "I Thought You Knew", the less said, the better: 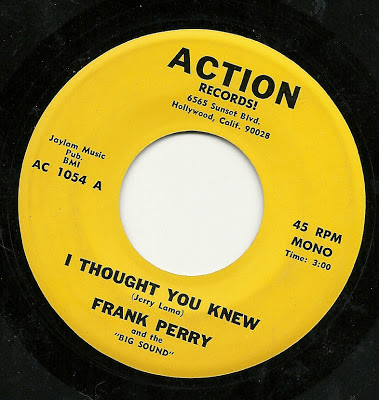 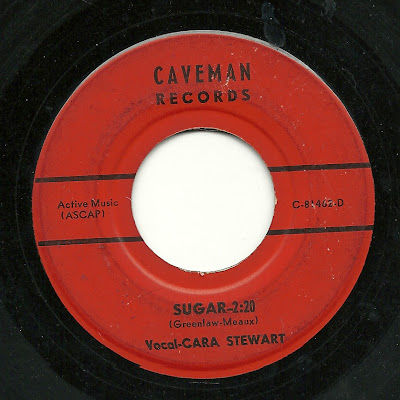 I've seen very few records on the Caveman label. There are only two in my collection, I've seen two others on other blogs, and there are only four listed at the AS/PMA site. It seems to have been one of these catch-all labels, putting out the products of a variety of other song-poem factories, producers of vanity recordings and who knows what else. Based on the records I've seen or which are listed, I can't see any direct connection between the various Caveman records (i.e. the same company, the same writers, etc.) that are often so evident on the smaller song-poem offshoot labels.

Of those Caveman records I've heard, one is far and away the best, and it's also the one which actually sounds like it could be caveman music. That record - one of my favorites ever - can be found at another wonderful blog, here. I'm partial to "White Rose Gal" but both tracks are a hell of a lot of fun. Have a listen, and thank me later!

Today's item on Caveman Record features the very un-caveman like Cara Stewart, doing what Cara Stewart did best, singing in a lovely voice over a slinky Lee Hudson backing track. The words of "Sugar" could stand to be improved quite a bit - I'm fairly certain, for example, that "much" doesn't rhyme with "church", and the phrase "I just idolize your charms" is not one which rolls musically off the tongue. But if you just lean back and let Cara's voice work it's magic, none of that will matter by the time the record is over.

As much as I wish this was a two sider for Cara, the reality is that the flip contains another typical performance, in this case, Sammy Marshall, Samming it up on a forgettable Globe entry titled "Dewdrops":

Interestingly, although the Caveman numbering system seems to be virtually at-random (various releases have  three digits, four digits and five digits), AS/PMA shows a record with the exact same label number as this one (81462), but minus the C/D following the number, having been released as an EP, with both of these songs on one side (and both identified as being sung by Sammy Marshall) with two Joan Auborn songs on the other side. 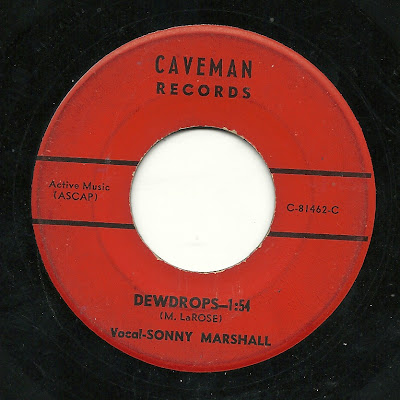