I Love That Sound! 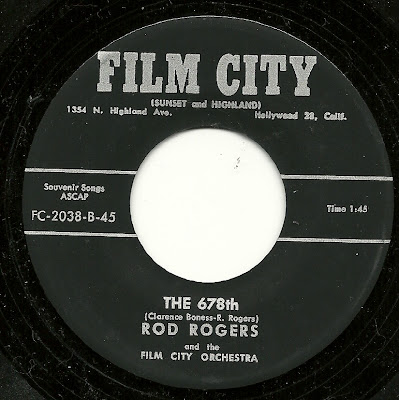 Not that anyone asked me, but... What's my favorite "sound" from within the song-poem world? That's hard to say. Contenders include the sound of Norris the Troubadours 1950's releases, the feel of most of Cara Stewart's records, and the Sterling records crisp production and precise feel. But my favorite of all my be the ridiculously mechanical sound of the Film City song-poem machine, run by Rodd Keith in his Rod Rogers persona, arranging the entire song on the wonderful instrument known as the Chamberlain, and often completing the one-man effect by singing on the final project.

Today, two examples of the result of this process at its most peculiar, as featured on two patriotic songs with lyrics written by Clarence Boness. This record just entered my collection two or three days ago, and I couldn't wait to offer it up! First up is the very brief (105 seconds!) song "The 678th", which features an otherworldly solo which sounds like it belongs on a record about alien invaders, rather than the protection offered by a military troop. What a wacky, wonderful sound:

On the flip side is yet another trip to "John F. Kennedy", again featuring that unique, indescribable Rodd Keith/Chamberlain sound, with only a slightly less odd solo section!: 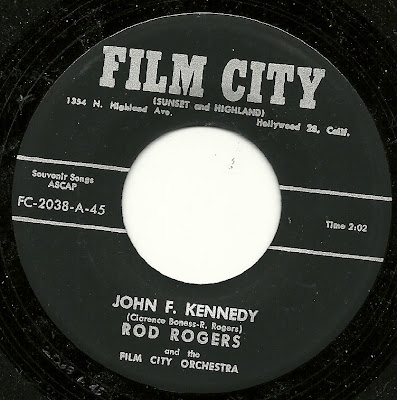 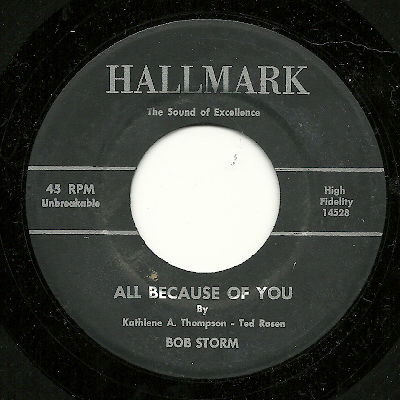 Usually, the records from this company came out as being on the "Halmark" label, and more often then not, they did not credit the vocalist(s). Today's example of the crusty sounds put out by this company does feature the name of the vocalist - the forever amazing Bob Storm - and far more unusually, correctly spells the word by which the company was named: "Hallmark", a spelling used on perhaps one tenth of the records they released (or, at least, of the records from the label that I'm aware of).

What rarely changed was the backing tracks they used. If you are, like me, a Halmark (or Hallmark) aficionado, both of the backing tracks heard here will be like old friends, and may trigger in your mind memories of other songs, better and worse than these two, which were attached to the same tracks. First up, "All Because of You":

And the flip-side, "I Hear Angels Sing": 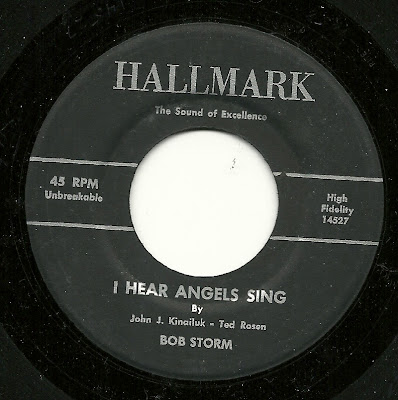 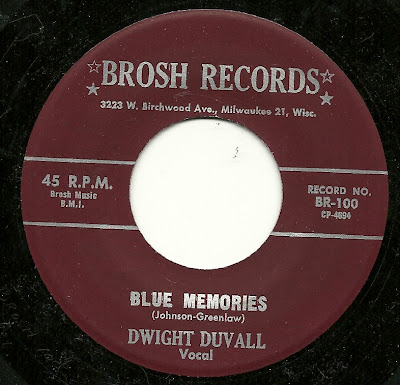 There are only a handful of documented releases on the Brosh label (pronounced "Broash", we're told). At least a few of them, as documented on the AS/PMA website, were clearly not song-poem releases, while others clearly were. This one, which likely was the first release on the label, would appear to fall into the latter category. It features Cara Stewart on one side, while the other side features Dwight Duvall, who also pops up on other song-poem labels (he also appears to have made at least one legit record, for the same label that released Dave "Baby" Cortez' "The Happy Organ").

But this inagural release from Brosh is certainly worth a listen or two. Dwight Duvall's voice and delivery are certainly unusual - the only singer I can think of to compare him to is Ray Phillips, who you can hear here. And "Blue Memories" seems custom made for Dwight's talents. Enjoy!

And it's always good to have a chance to share some Cara Stewart, which I haven't done nearly enough on this site. Some may say (and have said) that the vast majority of her records sound very similar, and I guess that's true, but what a fantastic sound it is. Here's Cara with the song "Yearning": 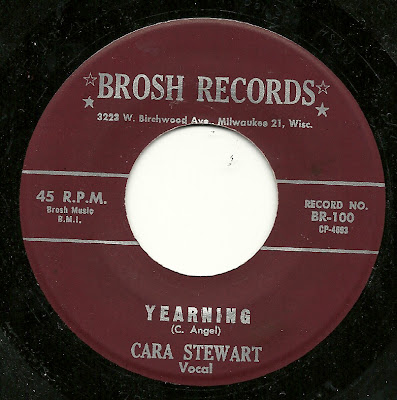 I Sure Wish He'd Shave! 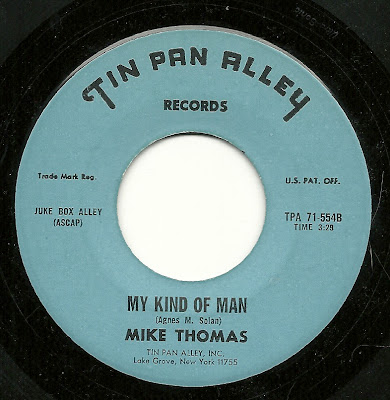 Picture this: It was the late 1960's. You're a woman who came of age during the Eisenhower years, when men were men and knew how to dress, talk, walk and groom themselves like men. Now, the fashions have changed, and many young men have grown their hair out longer than yours has ever been. What's more, they've started growing beards again - that went out of fashion with Rutherford B. Hayes and James Garfield, didn't it?

What's an upstanding woman to do? I know - write a poem about it, expressing your outrage, and ridiculing this trend - maybe even imply that there's something morally and sexually queationable about it. Then you can have the poem made into a song! I'm sure there are people who will do that for you! So what if you have to pay them, they seem to think you might get a hit record out of the deal?

And so what if they have a guy sing it, and as a result, they change your first person complaint into some sort of weird third person observational rant? And who cares if they attach it to some bizarre setting, where it starts upbeat, slows down to a crawl (leaving "beat" out of the mix entirely for a time), then slowly gathers steam until its at the opening beat again, by the time it ends?

All that is a long-winded way for me to introduce one of my favorite song-poem records, which I can't believe I haven't featured here before, Mike Thomas' amazing rendition of Agnes M. Solan's "My Kind of Man":

The flip side is a pleasant slice of late '60's pop, also by Mike Thomas, "One Little Moment of Day: 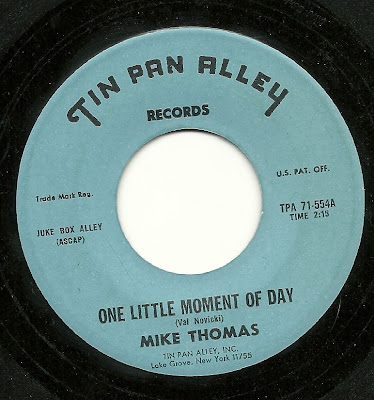 Over in a Moment 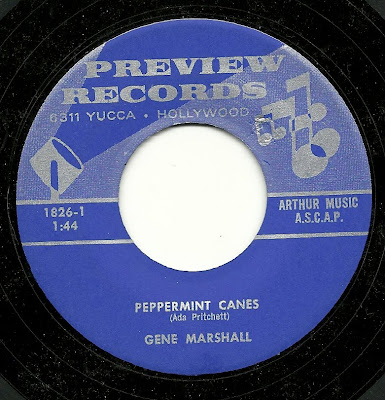 I'm still getting re-settled back in from a vacation, and find time quite short for writing anything of note regarding today's offering, so I'll just mention the startling briefness of the song. Even the 1:44 claimed on the label to Gene Marshall's sweet rendition of "Peppermint Canes" is too generous by seven seconds!

The flip side is mostly memorable (if at all) for the terrible sound quality of the record, its interminableness (will it ever end) and it's over-the-top title, "I Stopped Living": 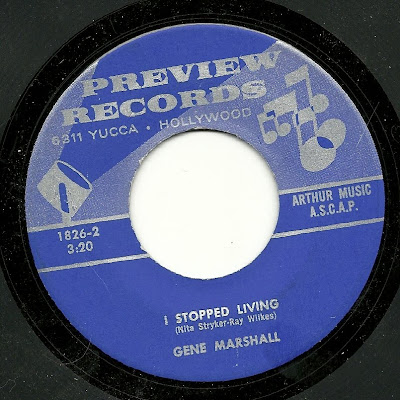