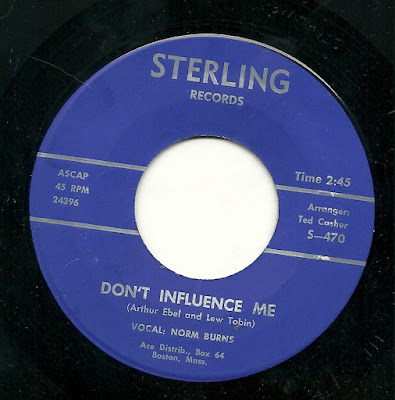 So I came across an auction of a record by perhaps my favorite Song-Poem singer, Norm Burns, singing a song with a title that has to rank up there with "You Insulted Me" (which was sung by Sammy Marshall), as the songs with the most stereotypical song-poem-perfect titles. There was no way I wasn't going to go for a song called "Don't Influence Me", especially with Norm as the singer.

And while this isn't an all time winner (the ones with the great titles rarely are), it's a solid Norm performance of a suitably ridiculous lyric and song. It's great to hear Norm sing lines such as "lead me by the nose", and the decidedly unmusical title phrase.

Flipping the record over, we find "Hello My Sweet" a peppy, upbeat song, complete with Norm (or someone) whistling, and an extended piano break, perhaps disguising there having been too few lyrics to sustain a three minute pop song. The lyrics seem to be a dismissal of a wayward lover, but in the final line, it sounds like he's welcomed her back, so I'm confused... Norm shines, as he almost always did. 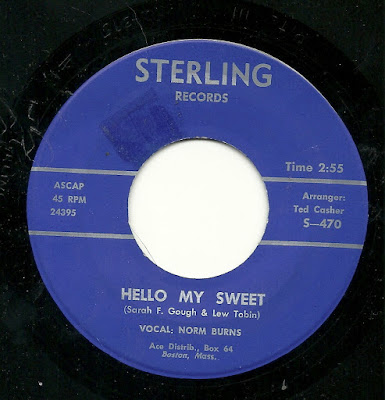 Here's a novel idea: Turn the rhythm guitar UP while the piano is lower, for the PIANO SOLO!!!
I wish I was a robot