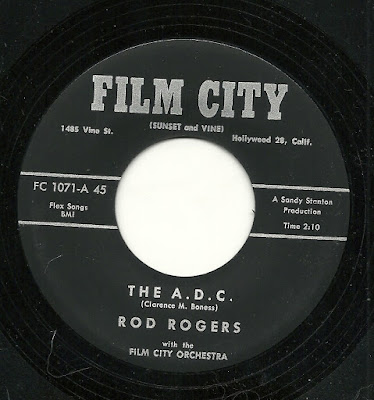 Last April, we all enjoyed a few rousing patriotic songs courtesy of the famous team of lyricist Clarence M. Boness and composer/man-about-town Rodd Keith (as Rod Rogers), on Film City release # 1067, which you can hear here. An earlier posting of a later Boness/Rogers team-up, linked within that post, is currently not working. I hope to restore the old posts soon.

But Mr. Boness was hardly just a four-song wonder. Today, we get to hear yet another two amazing patriotic/military numbers. First up is a tribute to everyone's favorite defense command personnel, the Air Defense Command, or, for convenience sake, The A.D.C. Rodd gives it all, with a stirring march sound and an appropriate and stirring (well, to the degree that the Chamberlin could muster it) solo. Dig the Roddtastick harmonies at the end!

Download: Rod Rogers with the Film City Orchestra: The A. D. C.
Play:

On the flip side is Mr. Boness tribute to The Six Ninety First, starting with a quote from the song "Old Folks At Home". I can't say I'm familiar with the specific base he's referring to here, but it clearly is another aspect of Air Defense, based on the lyrics. I love the Mandolin-esque solo, and the general pep and verve of the entire enterprise. 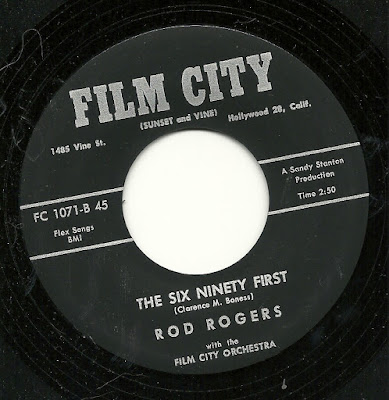 What server are you using this time? Here's hoping for the best with this one!

Wait a minute - "The 691st"? Sounds very similar to "The 678th" - which as I looked through your Rodd Keith selections, I noticed was also written by Boness!