Before I get to this week's record, a few links that I've been planning to share for ages, and keep forgetting/delaying.

First, occasional correspondent "KL from NYC" has hepped me to a record blog which has occasionally featured song-poems. You should go to this site anyway, as much of what's being offered there is just amazing. Here are the song-poems I've found (or KL linked me to) from the last several months, which I've just searched:

And second, here is a link to Darryl Bullock's marvelous blog, "The World's Worst Records":

Darryl knows a LOT about song-poems and their history, and has shared a lot of information and music with me, over the years. He frequently features song-poems, and as of this moment, his newest feature is a Norm Burns special. His definition of "worst" doesn't always match up - in fact, I love that Norm Burns number - but his featured material is almost always great. 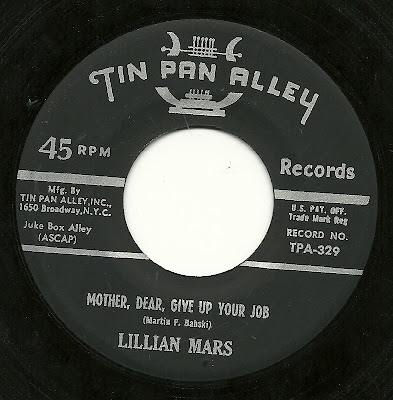 Today's title was actually going to be "Stay At Home, Mom", but I thought I'd prolong the facts of this record for readers a few more moments by removing the comma. The previously unknown (by me) Lillian Mars gives a sassy shout-out to a woman whose "child lives in the gutter", and who apparently really needs to get back home. It's a toe-tapper for sure!

On the flip side, we get some painfully poor lyrics about a meetup, which led to the singer's loving relationship, all accompanied by the slightest of piano-bass-drums trio backing: 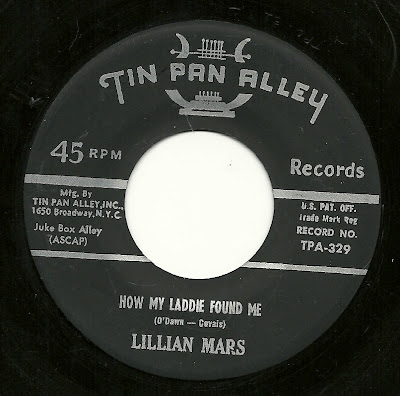 Thanks for the plug Bob!

I really love the Norm Burns 45, it made the cut though because some of the lyrics are so offensive!