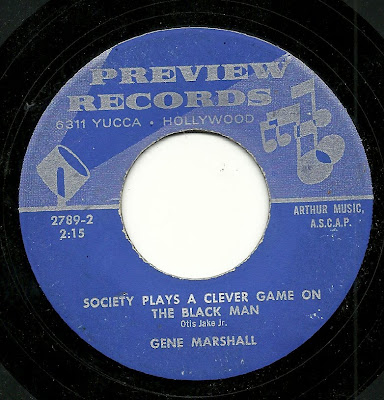 Today's High-School-Social-Studies-Lecture-via-Song-Poem comes from Gene Marshall, telling us (and saying it "One More Time") that "Society Plays a Clever Game on the Black Man". Aside from apologizing for the poor condition that I found this record in, I think I'll let Gene, and song-poet Otis Jake, Jr., expound on the title subject themselves:

If you thought that side was beat up, you ain't heard nothin'. The flip side, "Pledging My Love" was so damaged that I gave up, mid-attempt, in trying to clean up the sound. There were just too many scratches. And quite frankly, the song didn't deserve the effort: 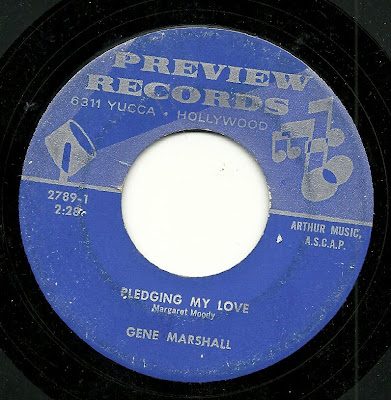 Digging the utter lack of affect from the background singers...Gene sure was good.