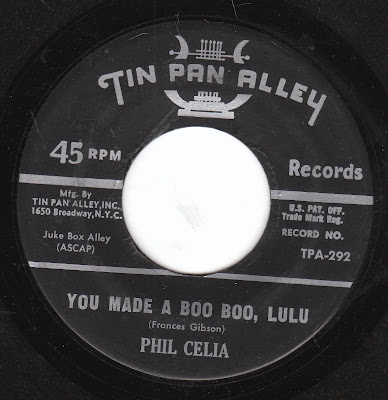 Let me just say - I love Phil Celia! Or at least his records. I love the offbeat lyrics received by the song-poem factory at Tin Pan Alley, I love the Latin tinged, piano based tracks that were often used for his releases on the label, and I love the 1950's sincerity of his vocals.

Today's big hit, "You Made a Boo Boo, Lulu" is no exception. And I don't know if this was song-poem Frances Gibson's idea or not, but the responding, coy female voice is a perfect addition. And let's not forget that Lulu's boo-boo, the thing for which callous Phil is dropping her, and taunting her with the fact that he will now marry someone else was.... going out and having various degrees of fun when PHIL WAS LATE. Way to turn your own mistake around and blame the woman, dude! 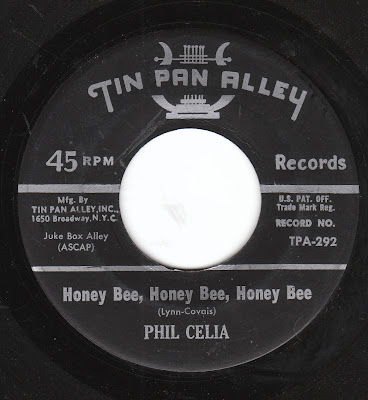 Any idea on the date of these releases?

Looking forward to when you fix the links. From the descriptions this should be an interesting listen.