Where There's No Such Thing as Sin 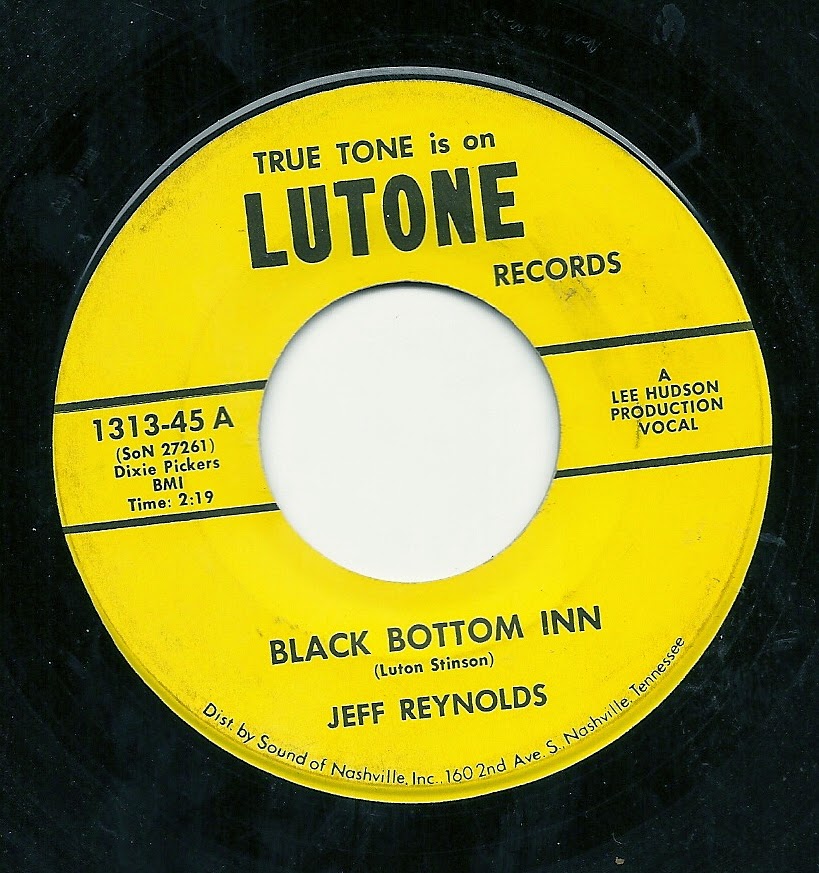 Last week, I bemoaned the dearth of Gary Roberts records out there. This week, I have the same sad complaint about the limited number of records made by Jeff Reynolds, who worked in the same song-poem stable - the one run by Lee Hudson - as did the great Cara Stewart.

Today's Jeff Reynolds masterpiece comes to us from the Lutone label ("True Tone is on Lutone"), which was the outlet for the creativity of one Luton Stinson. Stinson utilized multiple song-poem companies to fill up the sides of his Lutone 45's. For example, today's song, "Black Bottom Inn" appeared on a different Lutone release, performed by The Surftones, in a production from Bob Quimby's Tropical Records factory. You can hear that version here.

And that Surftone performance is an appealing enough version, with a straightforward rock beat and some nice harmonies. And your mileage may vary as far as which you prefer. But for my money, like so many of Lee Hudson's better records, the Jeff Reynolds version is otherworldly, sounding like nothing except for other Hudson records, and maybe, just a bit, like the incomparable records Les Paul had made a decade or so earlier.

It helps (for both versions) that the lyrics and melody to this song are pretty dang memorable. They work better, I think, set to the slow shuffle, thick echo and sexy guitar licks of this version, and Jeff Reynolds has just the right voice for it, too.

The flip side of this one, "I'll Do Everything With You" is also by Jeff Reynolds. The backing is, again, quite well done, and provides a dreamy setting. If anything, this sounds even more like a Les Paul track than do most of Hudson's recordings. And the guitar part after the line "wedding bells ring on" is cutely clever. But...well, I just find it sort of dull. They can't all be winners.

Download: Jeff Reynolds - I'll Do Everything With You
Play: 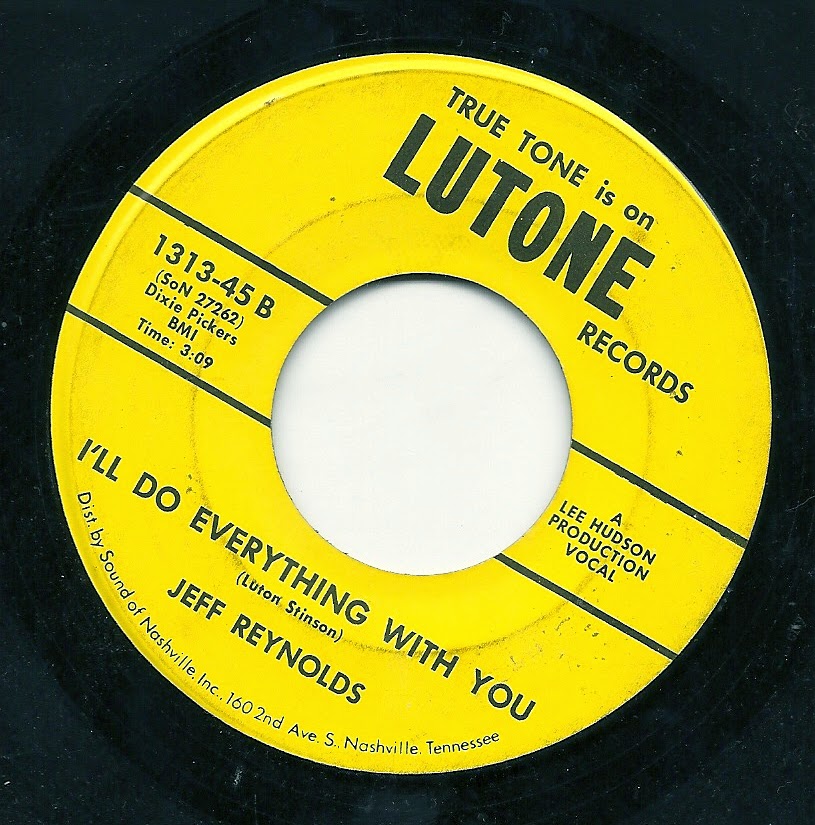