It's Father's Day! What Ought Men Be Doing? 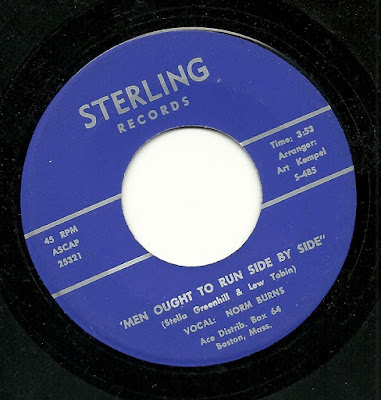 Happy Father's Day!!! - and happy Double-Nickles Day to me yesterday. I'm 11 for the fifth time, or at least that's what it feels like.

Today is all about Men, and in honor of all the men out there, here's one of my favorite singing men, Norm Burns, with a very odd entry into the song-poem archives, "Men Ought to Run Side By Side". As far as I can tell, lyricist Stella Greenhill wrote a series of unrelated verses, some of which seem to have no sense even within their own couplets, and strung them together with a chorus featuring nothing but the title phrase.

Um, yeah. I enjoy this record - it's a nice sound (I generally really like the sound of Sterling 45's from this era), and I love Norm's voice. But really, what the hell is this song about?

As you can see below, I've transitioned over to box.com, at least for the moment. Their interface is either better than I'd remembered or has been improved. Not sure what will happen in the long term, as I still have hundreds of posts to restore.

The flip side is the awkwardly titled "babbling Brooks and Running Rambling Rivers". The lyric doesn't disappoint - it's made up of one mouthful of long, unmusical lyrical choice after another. Norm does his best with it, but it's certainly an uphill attempt, and seems most likely doomed to failure. If Norm and Lew Tobin couldn't do anything with it, I'm not sure who could have. 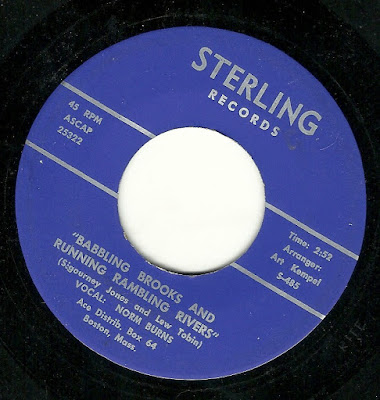 The SUPER advantage of Box is that we can FINALLY play the songs on I-Pads!

A true triumph in the realm of double sided classics! BOTH of these are winners. HURRAH!!!!